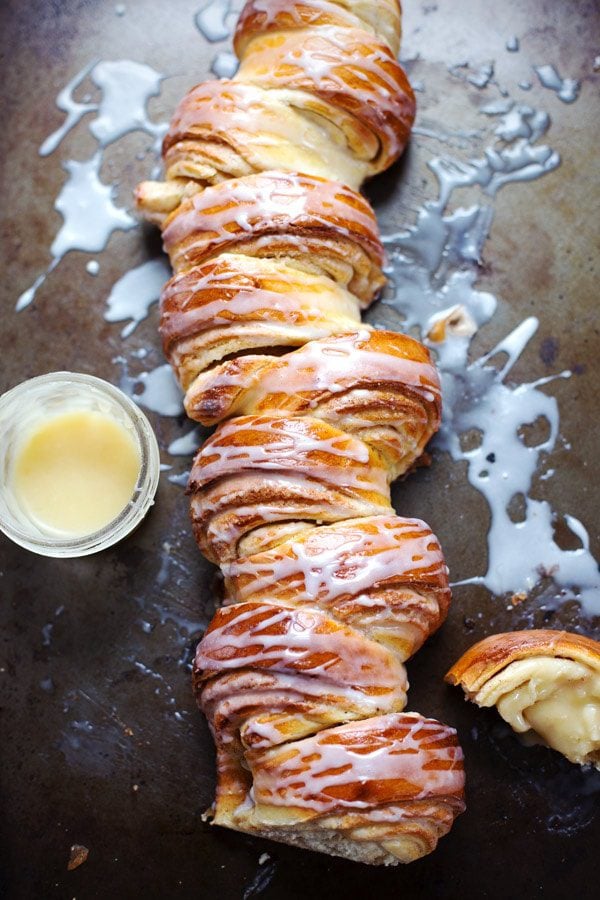 Happy Friday, everybody!  Thank goodness it’s time for the weekend because I need this cinnamon roll bread in my life!  Wake up the family this weekend with this delicious and gorgeous bread baking in the oven.  Opt for a homemade sweet bread instead of the pre-made breakfast rolls that come in a can at the grocery store.   You’ll be excited to get out of bed and bake this in the morning.  The heavenly smell coming from the oven would be enough to get me out of bed!

This cinnamon pull apart bread in a cinnamon roll re-invented and it’s enough to feed a crowd of kids.  This sweet roll recipe will easily become a breakfast favorite with it’s flaky, stacked dough topped with cinnamon and sugar.  Breakfast bread is bliss. Pure bliss. 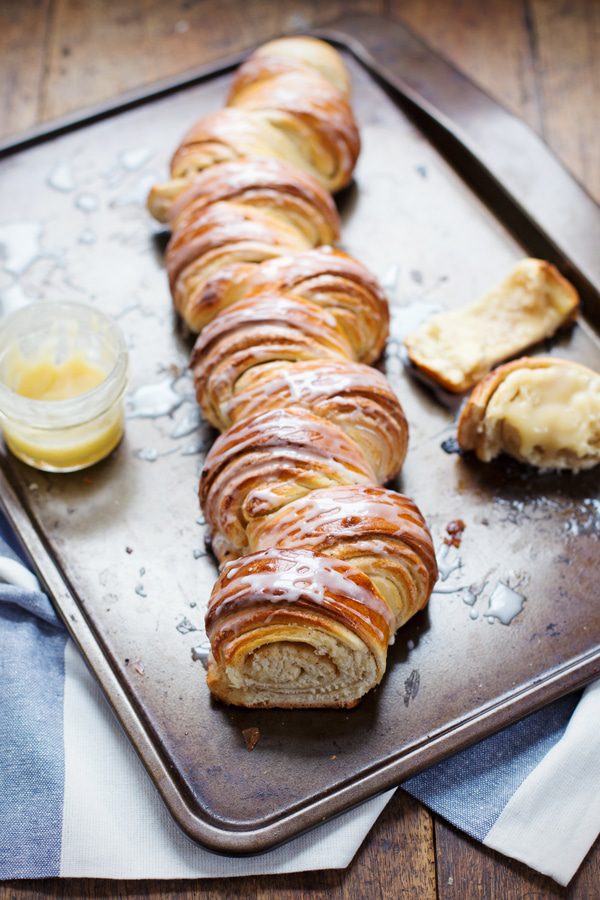 I love that this bread can be pulled apart into separate cinnamon rolls.  That way, the bread will be pretty warm after it’s been out of the oven for awhile.  Don’t get me wrong, these sweet rolls can be baked up after dinner as well.  Sever them for dessert and have left overs for breakfast.  I cannot think of a better way to enjoy this bread than with family and a nice glass of orange juice.

If you want the best cinnamon roll bread you have ever had, this recipe is a must.  This flaky, warm, cinnamon-sugar is one of the best I’ve had.  This bread is beautifully layered and rolled then baked into a warm bread that is smothered with butter, cinnamon and sugar.