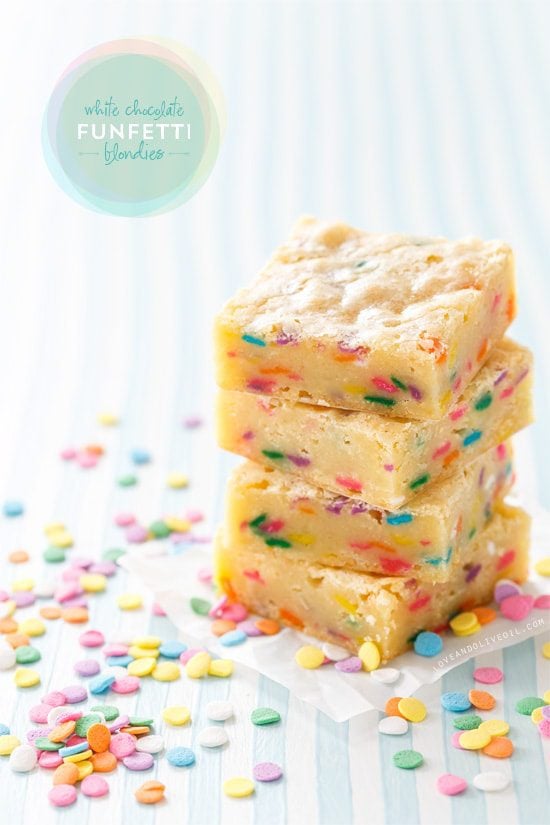 These fudgy white chocolate brownies are just like your favorite fudge brownie, except these are made with white chocolate!  The cocoa butter in this white chocolate makes this blondie ever richer and the color looks great next to ever popular funfetti sprinkles.

These White Chocolate Funfetti Blondies are life changing… no lie.  They are nice alternative to the traditional brownie and if you haven’t tried a blondie before, this is the recipe for you!  Who said a brownie has to be brown?  These white chocolate blondies are a great change and so delicious!  They are named Blondies for their color and are the underappreciated cousin of the brownie.

Blondies are a great recipe for the summer months.  It would make a great addition to any summer celebration.  If you’re a fan of chocolate brownies then you will love this mist white chocolate version speckled with bright confetti.

This recipe is pretty nice.  It’s a one-bowl, no-mixer kind of blondie.  Serve a la mode for some extra fun.  Buttery, chewy and delicious!