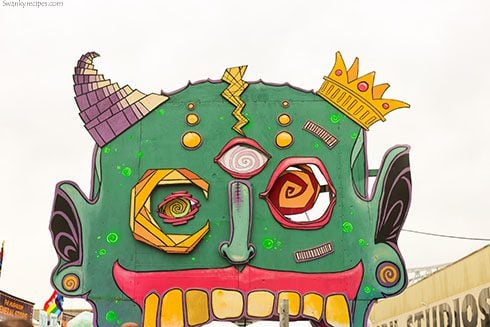 Music and food play such an important part in our culture.  It’s often said that food is a universal language that brings people together. When it comes to a festival, food is one of the most important things.  It’s something we are all familiar with and it’s something that traditions can me formed from. It’s much more than impressing someone but rather something pleasurable we can all relate to.  I was lucky enough to attend BUKU Music + Art Project in New Orleans between March 11th and March 12th 2016.

BUKU always has a large slew of popular dance and electronic musicians playing at the event each year.  Music and food fanatics travel from all over the country just to get attend one of the most highly anticipated music events in New Orleans.  It should be no surprise that I wanted to get my food and music on at this southern food flare in the heart of the city. 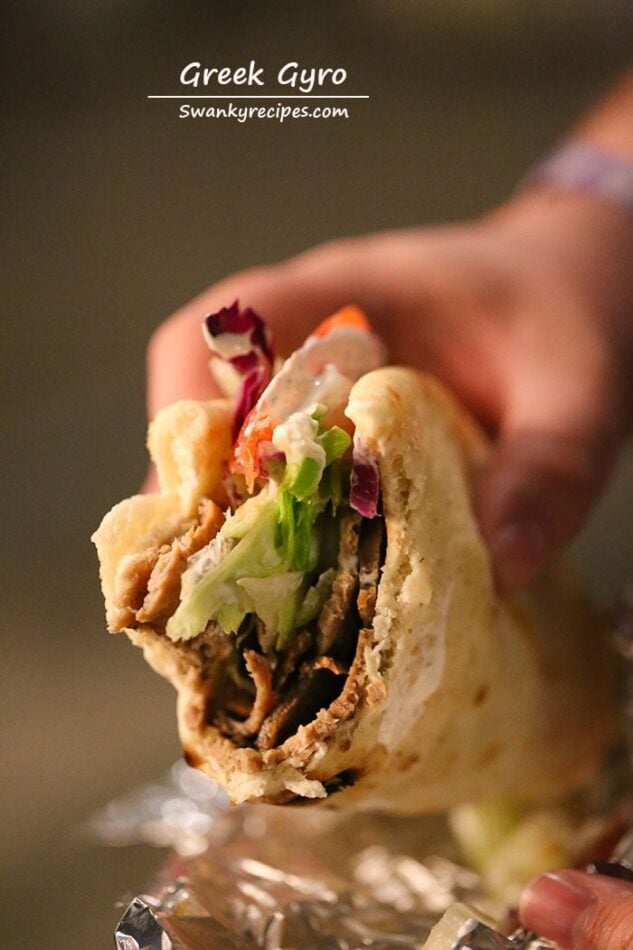 My absolute favorite booth is EFF’S Greek Food stand.  Everyone that knows me knows that I’d do just about anything for some good Greek food.  I actually didn’t get to this booth until Saturday, but it was worth the wait!  I’d go back to BUKU just to have this Gyro again! 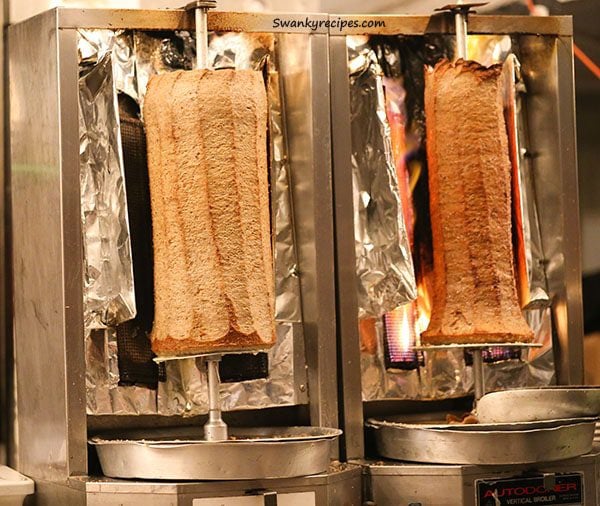 Now, that’s how you cook some beef.  It’s always a good sign when your food is prepared in front of you! 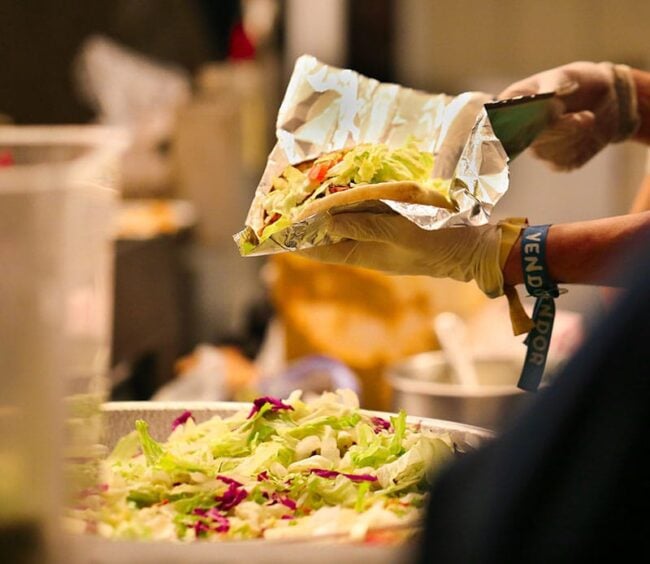 Tucked away in the corner near the back, we found The Electric Eggroll.  I’m glad we stumbled upon this booth because they had crawfish boiling and the just about everything you can imagine wrapped up and deep fried in an eggroll.  Of course, I had to try the Beer Braised Chicken Eggrolls because everything is better with beer, right 🙂

The Electric Eggroll is a local food truck in New Orleans.  They serve up the most amazing BBQ Pulled Pork and Spicy Vietnamese Crawfish in the city.  Whenever I see them out and about, I have to stop by and grab some eggrolls.

I have to say, I returned to BUKU for the second night just to have an extra bowl of Big Freedia’s Twerk-A-Mein.  This creole dish has so much flavor yet it’s an incredibly easy dish to make.  I’m not going to lie, I made my own version of this last week and hopefully soon I’ll make it for the blog. 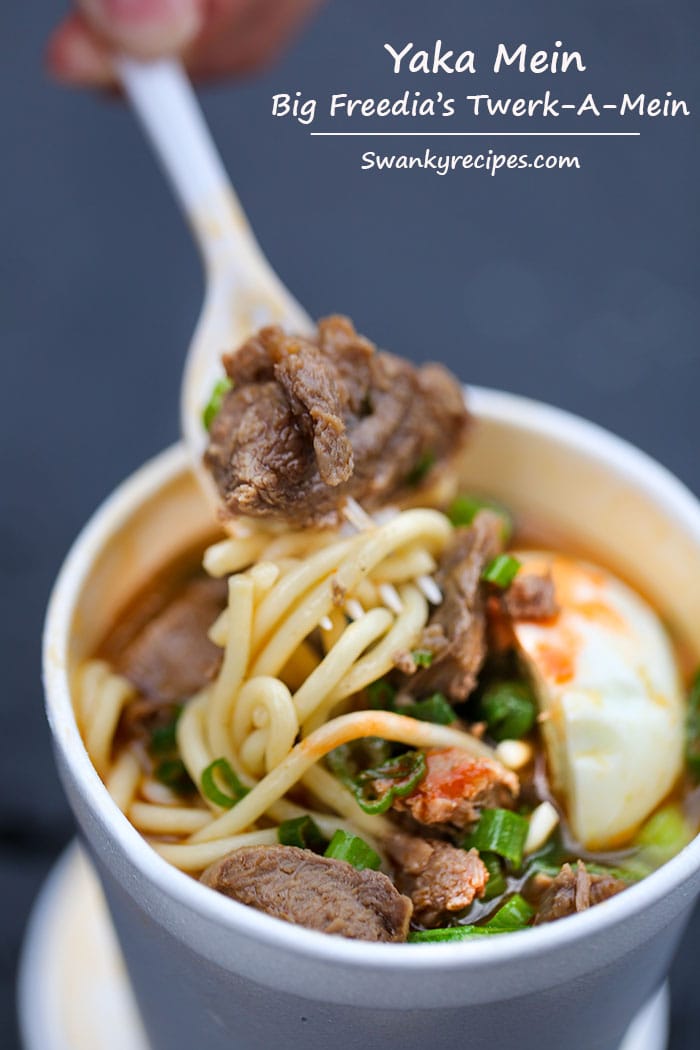 Saturday Big Freedia stopped by to serve up some of her recipes to the fans.  This is what we were waiting for!  Saturday was all about the food and if the lines were any indication on how good the food was, then you know it’s good!  With the release of Big Freedia’s cookbook coming out soon, I’m waiting in anticipation to get a few of her most popular recipes, particularly the Yaka-Mein!  In the meantime, I’m using this recipe from NOLA.com that is Twerk-A-Mein inspired. 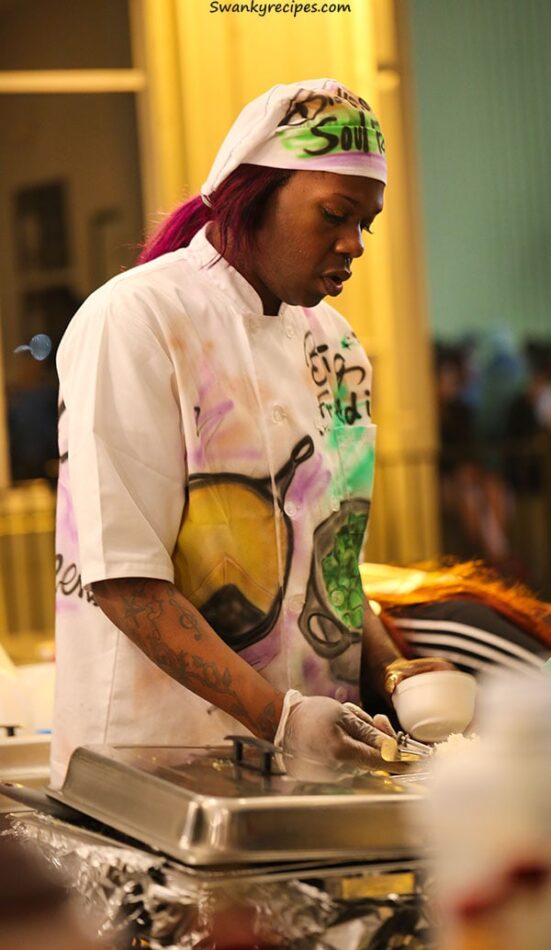 After a little dancing and listing to some of our favorite DJ’s play, we stopped back at Big Freedia’s food stand to get Cornbread & Collard Greens, y’all.  I’m usually not a big fan of collard greens but these were different.  They were mild and cooked to perfection. 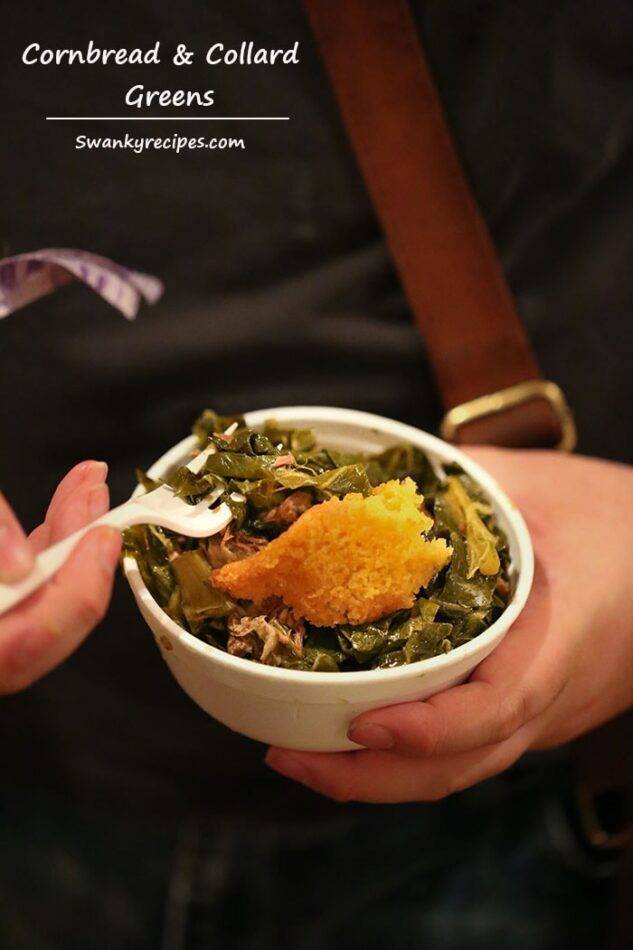 At Bratz Y’all I asked them to serve me up something and this NOLA Schnitzel is what they gave me. 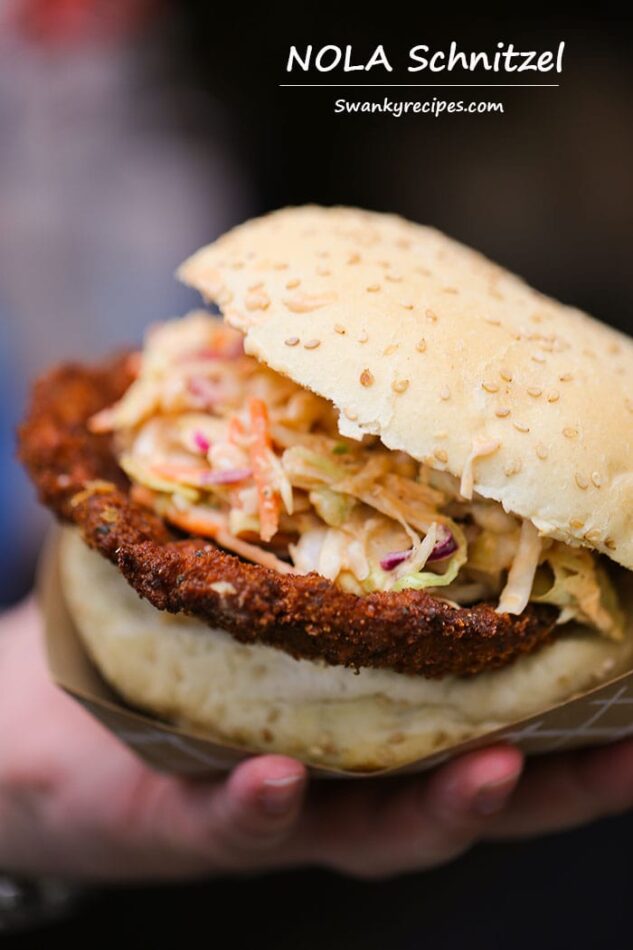 Can it get any better than a giant pretzel?  I think I had one or two throughout the weekend. 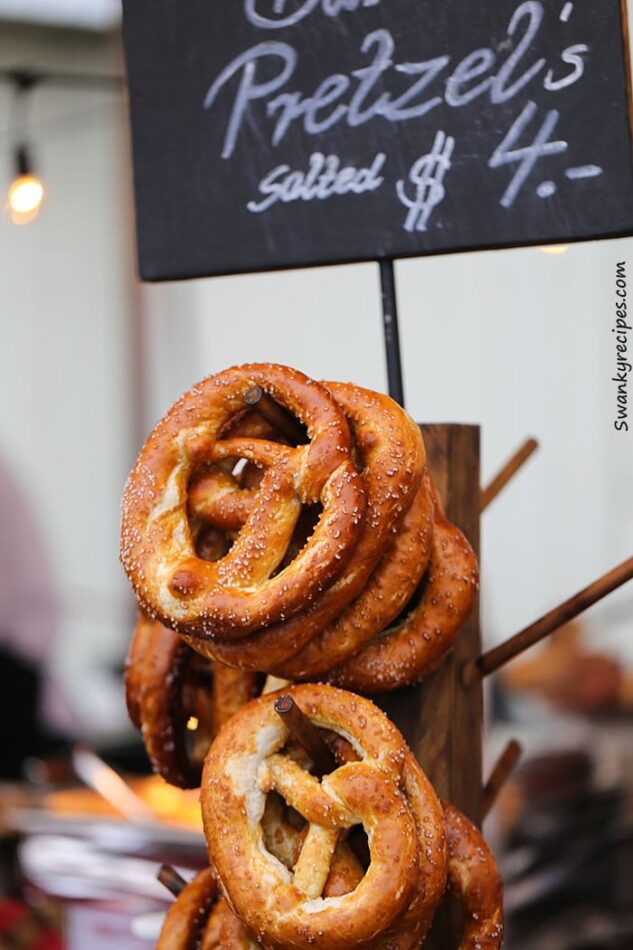 While I didn’t get a chance to sample food from every vendor there this year, this Mexican food stand was one of the last that we stopped at and one that I didn’t want to leave without trying. 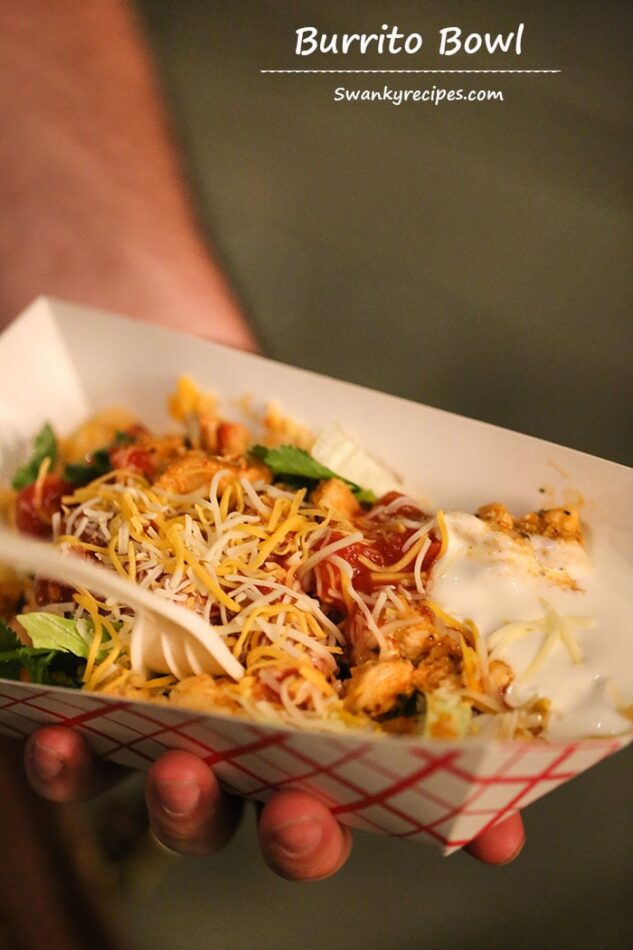 I can officially say that my heart belongs at BUKU.  Not only is the food and music amazing but the people behind it all are truly the greatest.  The music artist lineup is one of the best in years.  The food vendors are the nicest folks in the business and show southern hospitality at its greatest. 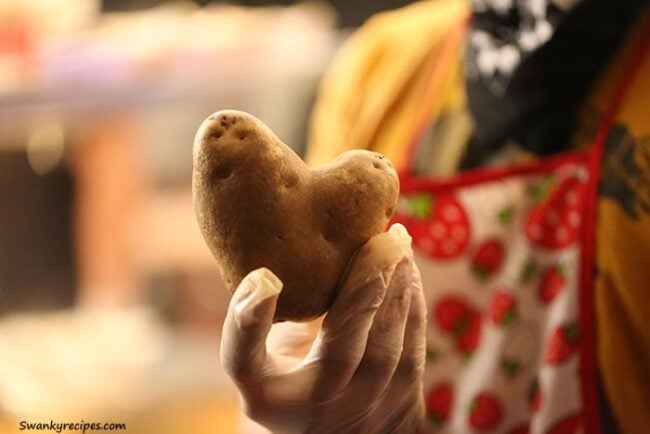 Not even a little rain could keep me away.  Luckily, the main stages are inside because all I want to do is dance. The crowds are energetic and care-free. 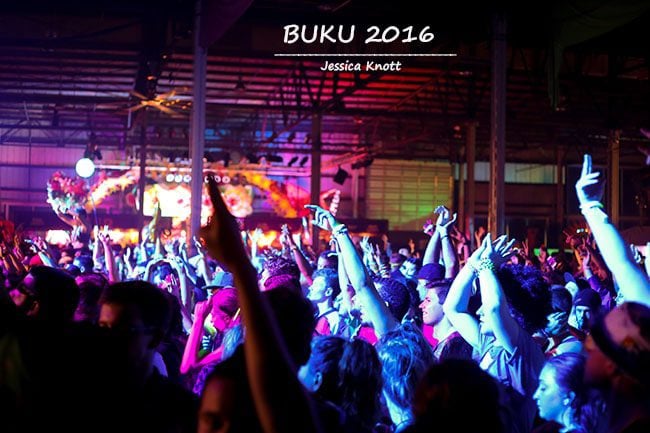 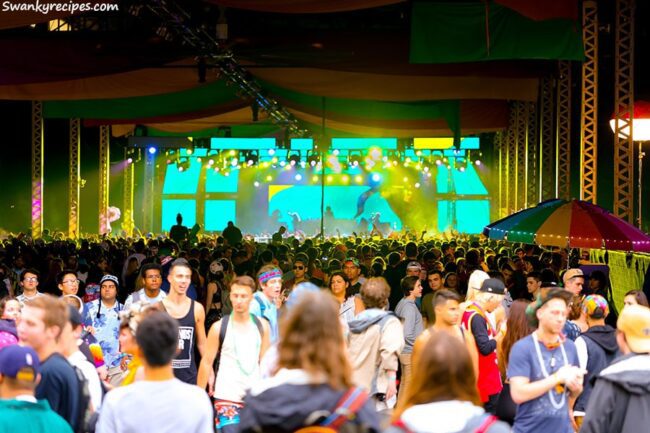 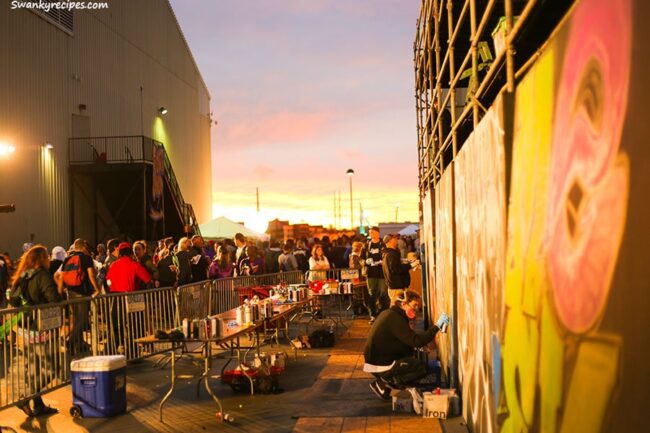 Have you been to BUKU?  I hope to see y’all there next year because I’ll surly be there eating my way through new food trucks and taking a break to have a dance party or two!  What are some of your favorite exclusive music festivals?