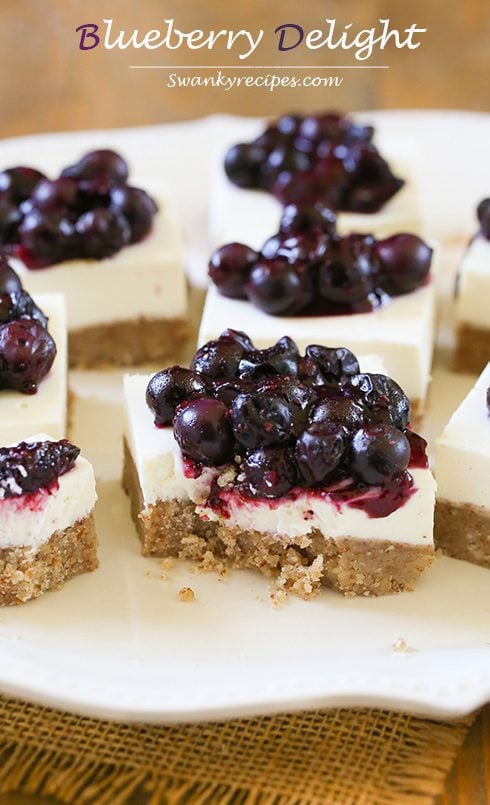 A buttery pecan crust with a creamy vanilla cheesecake filling and blueberry topping.

I’m excited to share this Blueberry Cheesecake Delight recipe now that summer is just around the corner.  Warm weather makes me overjoyed to share all sorts of summer desserts.  I find myself making fruit desserts for such occasions such as potlucks, summer holidays, and for hosting a backyard barbecue.

When it comes to dessert, I want a dessert that will both cool me down while being light at the same time.  After heading to the farmer’s market last week, I found an abundance of blueberries.  I brought home a few pints to toss in with salads and to make these blueberry cheesecake bars. 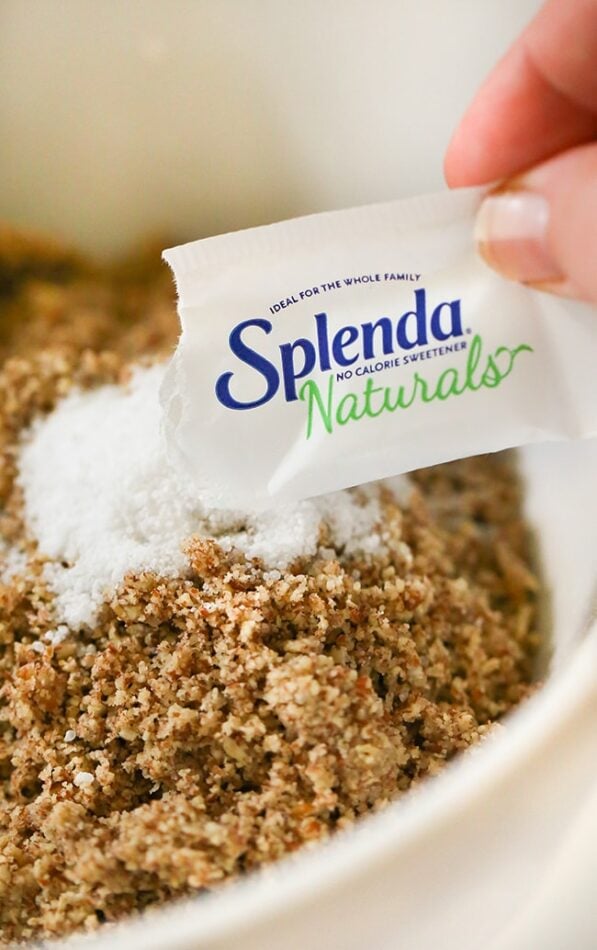 I love cheesecake, but rather than go the traditional, predictable Springform pan route, I sometimes like to bake them in a rectangular pan and cut them into squares. It’s easier to cut and easier to serve, which means it’s easier to eat, which is always a plus in my book. It also makes these perfect for a potluck dinner such as a summer barbecue with friends.

Summer is a great time to lighten up traditional recipes.  Substituting an ingredient or two for a better option is not only ideal for consistent eating habits but often is just as satisfying as the original recipe. 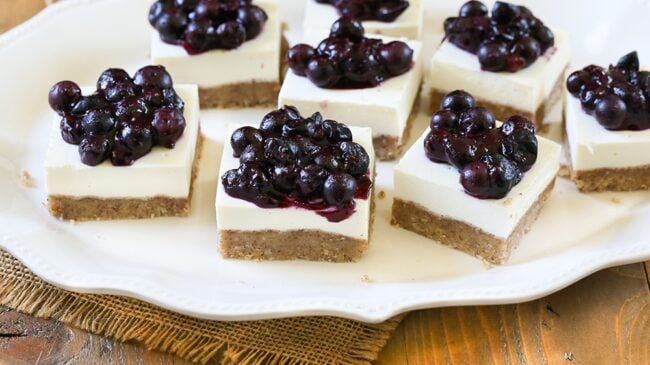 Swapping sugar for SPLENDA® Naturals Stevia Sweetener is easy.  The package comes with a conversion guideline and tips on how to appropriately use the product.  Where I normally use powdered confectioner’s sugar for cheesecake, that’s not the case for these bars.  In fact, a simple conversion of powdered sugar to SPLENDA® Naturals Stevia Sweetener will actually work for this recipe.  In addition, I gave the cheesecake a luscious, pillowy filling with unflavored gelatin.  This extra step will allow the cheesecake to gel and hold up in high humidity and heat which is perfect for all those summer parties.

Baking and cooking with stevia is not as challenging as some home cooks make it out to be.  It is much sweeter than sugar and therefore, less volume is used.  What I love about this product is that it’s a natural sweetener made with no artificial ingredients.

This year, I’ll be making recipes that incorporate SPLENDA® Naturals and Sweetener Products.  Be sure to check back for more recipes in the future that use less added sugar.

What are some of your favorite #SPLENDASweeties and #SweetSwaps summer desserts to make?