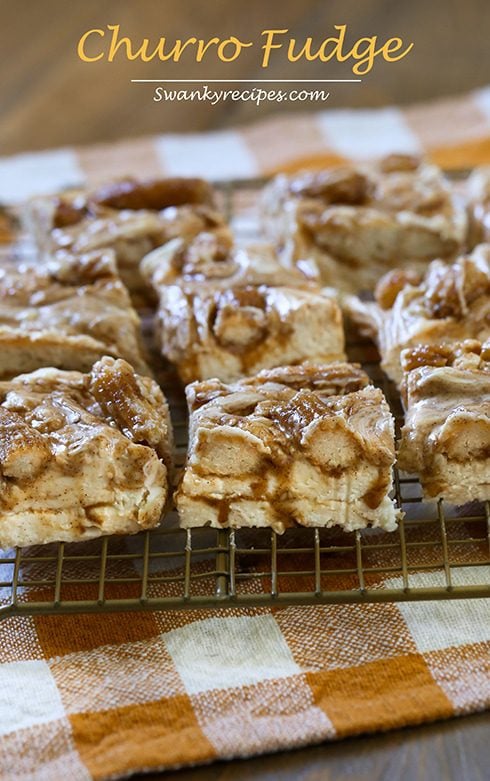 Decadently rich Churro Fudge with homemade cinnamon syrup marbled throughout.  Topped with sugary churros and drizzled with more cinnamon syrup.  If you love cinnamon roll frosting, this recipe is for you!

Fudge is one of those desserts that is best in little bites.  It doesn’t take a lot to seriously quench a sweet tooth.  This Churro Fudge is insanely rich and packed full of cinnamon flavor.  If you’ve never made fudge before, you’ll love how easy this recipe is! 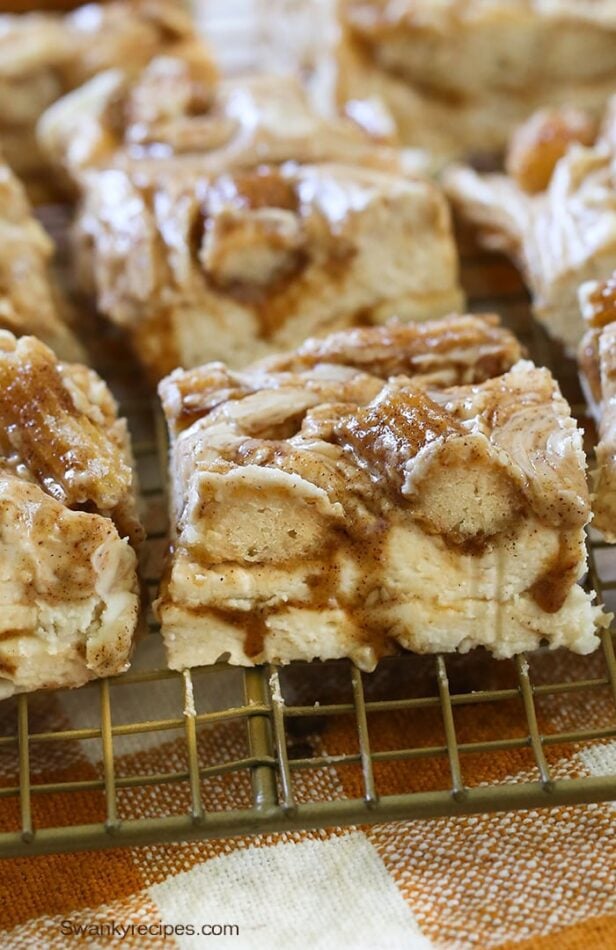 If you can’t get enough of those rolls, try this recipe and keep the leftovers in the freezer.  It will seriously settle that sweet tooth!

The base of this fudge is easy to make.  It combines cream cheese, butter, and white chocolate.  It’s then whipped into fluffy perfection with powdered sugar and spread into a baking dish.

For this recipe, I made the churros first followed by the cinnamon syrup then the fudge.  Doing it in this order will make it a little easier to assemble it all at once. 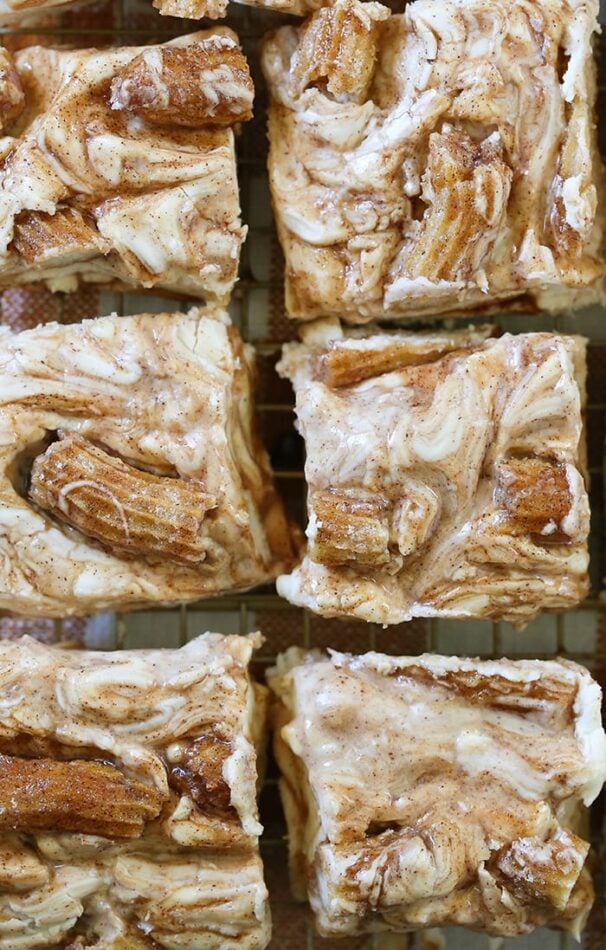 I highly suggest making your own cinnamon syrup because the recipe I’ve included is loaded with extra cinnamon flavor.  You won’t need any fancy ingredients to make it either.  It took me all of 5 minutes to make.

For the churros, I just used the same leftover mix from these Churro Cupcakes I made earlier this year.  Since this recipe does use churros and since I know they are not readily available pre-made in grocery stores throughout the US, there are a few choices on where to get them.  First, most Mexican restaurants have them! Go ahead and place an order to be picked up.  Also, Walmart sells the boxed mix.  Search for them in the ethnic food isle.  Another option is to go online and buy the mix.  I use this mix here – Tres Estrellas Churros Flour Mix

Of course, you could always do a homemade version, too! 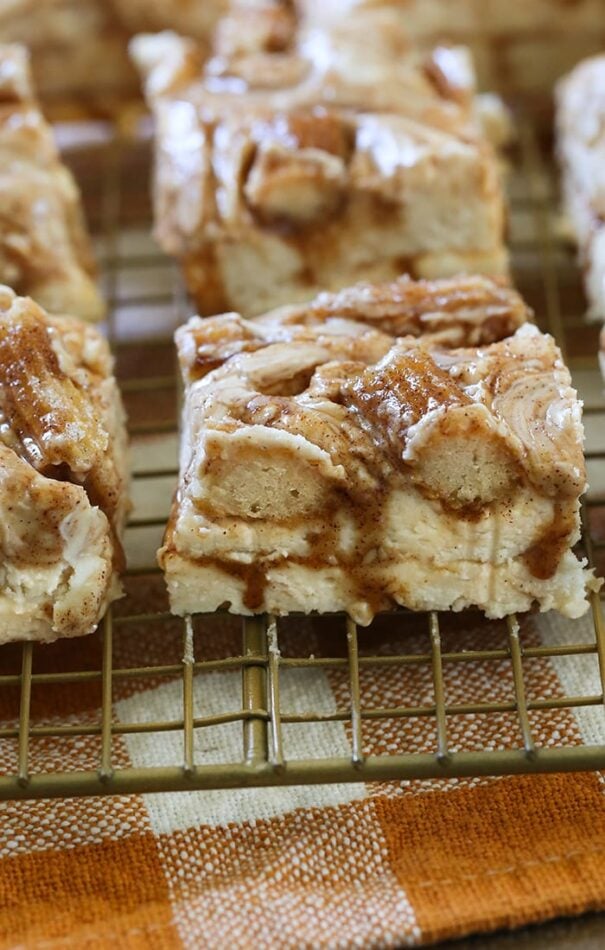 The holidays are coming up and if you love to entertain, you’ll want to share this decadent Churro Fudge with family and friends.

It will seriously be a big hit!  I know fudge doesn’t last long in our house.

For the Cinnamon Syrup