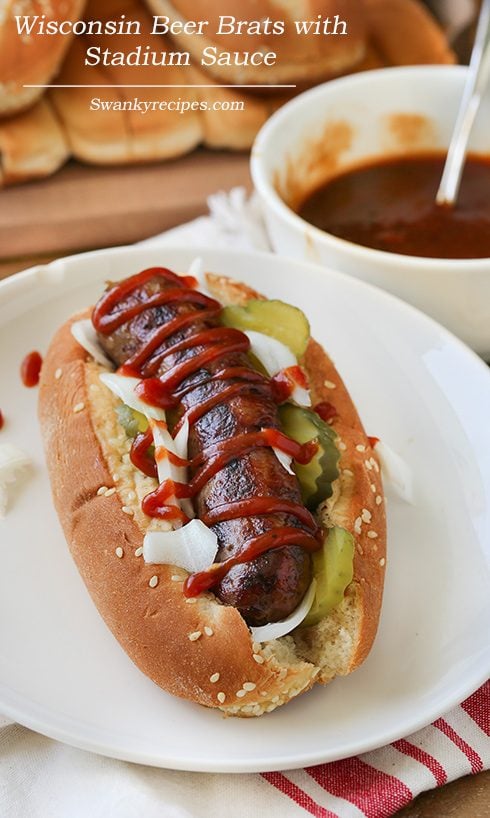 Wisconsin Beer Brats made in a tub over an open flame grill with beer and onions.  Topped with pickles, onions and a special blend of Wisconsin Stadium Sauce.
Growing up in Wisconsin, brats are served at every cookout.  They are tossed on the grill as much as any other meat.  Summertime meant grilling nearly every week with family and friends.  During the winter, it wasn’t uncommon to grill outdoors in 20 degree weather.  Beer brats are a midwestern staple.  August 16th is National Bratwurst day and we’re celebrating by firing up the grill to make our favorite Beer Brats with Stadium Sauce.

Growing up in Milwaukee, you won’t be hard pressed to find a brat.  In fact, during halftime at baseballs games, we have the famous racing brat sausages.  Brats have been engraved in my life since childhood and it’s something I’ve taken with me half way across the country to Louisiana. 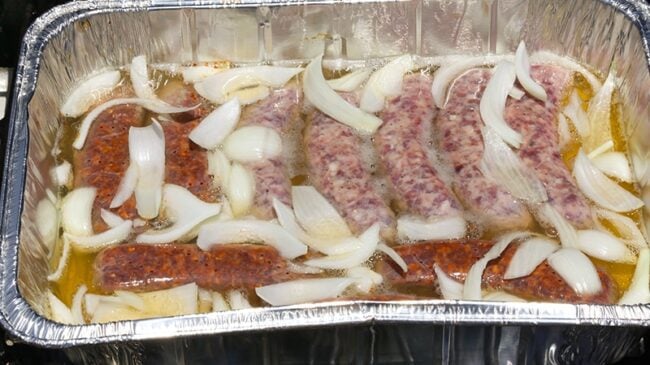 One of my first summers in the south, I remember firing up the grill to make beer brats.  My neighbors came out to see what all the fuss was about.  They really had no idea what brats where other than chorizo sausage that’s traditionally used in gumbo and jambalaya.  That summer, we grilled brats at least once a week.  I introduced them to all sorts of fun traditional recipes we’d make with them back home.  Today, we still enjoy our summer brat tradition.  I love to make a combination of recipes including the a Caribbean Jerk Brat made with Chorizo and mango and the original Beer Brats.
The great thing about Johnsonville Brats is the variety of flavors packed in each sausage.  A few of my favorites include Johnsonville Original Brats, Beer’n Brats (in case your hard pressed on beer!), Cheddar Brats (for all the cheese lover’s, including my Wisconsin family), Firecracker Bratwurst, Grilling Chorizo and Buffalo Bleu Brats.  To find a store that carries a variety of Johnsonville Brats, use this locator here.  One thing is for sure.  Everyone that meets me loves to join me at the grill during summer. 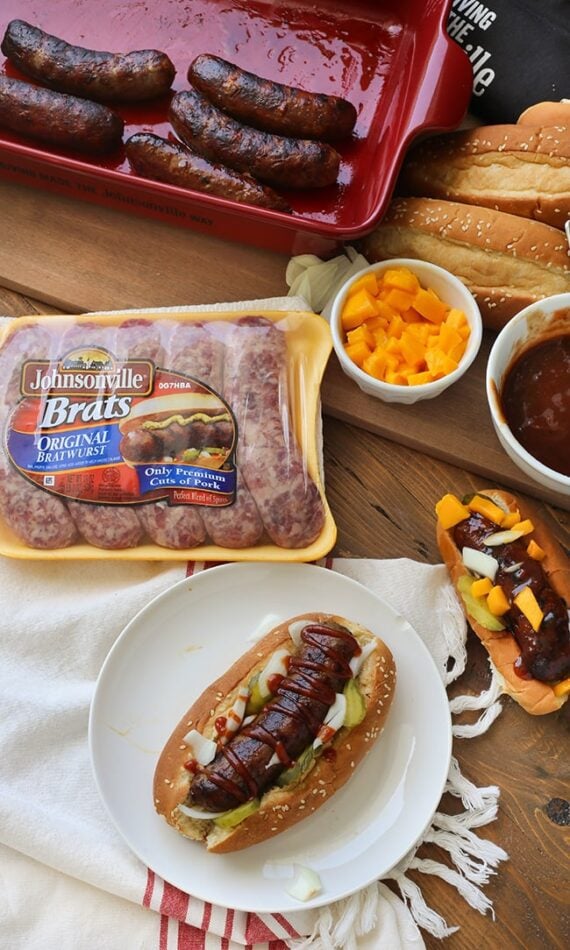 Bratsgiving is a time to share the best part of summer grilling with friends, family and neighbors.  It takes no time at all to fire up the grill and create lifetime memories with the ones we love the most.

Legend has it that Carl, the Great Bratsgiver, goes from house to house on Bratsgiving Eve spreading the joy of the holiday and leaves behind brats in each house.  Be sure to up your summer grilling game by sharing a variety of Johnsonville brats with friends and family this year.  Learn more about Carl the Great Bratsgiver, here. 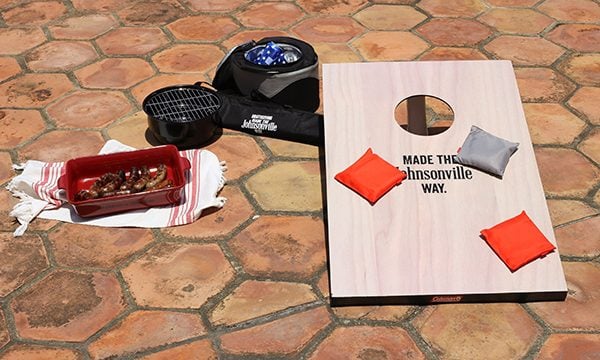 How will you celebrate Bratsgiving this year?  Remember, National Bratwurst Day is August 16th.  If you’re anything like me, you’ll be firing up the grill all month to celebrate!
Be sure to leave your window open on Bratsgiving Eve (tonight) so Carl the Great Bratsgiver can leave behind some delicious brats in your fridge.

This is a sponsored conversation written by me on behalf of Johnsonville. The opinions and text are all mine.